On 26, 27, and 28 March the Freight and Terminal Forum is taking place in Utrecht, the Netherlands. This is the live blog, with news updates, videos and interviews of this first freight edition of the RailTech

15.15: Onno de Jong and Jeroen Bozuwa start their workshop about the intermodal network, based on data of Intermodal Links.

“We gather some interesting data. For example, we see that a relatively large share of traffic from Cologne/Ludwigshaven is moved towards the port of Rotterdam”, said Onno. “The same counts for the Italian hubs.”

Also drawn from the data is the trend that Spain and France host mostly domestic connections. De Jong called this country communities. “However, in central and eastern Europe, these communities are less restricted to country borders.” 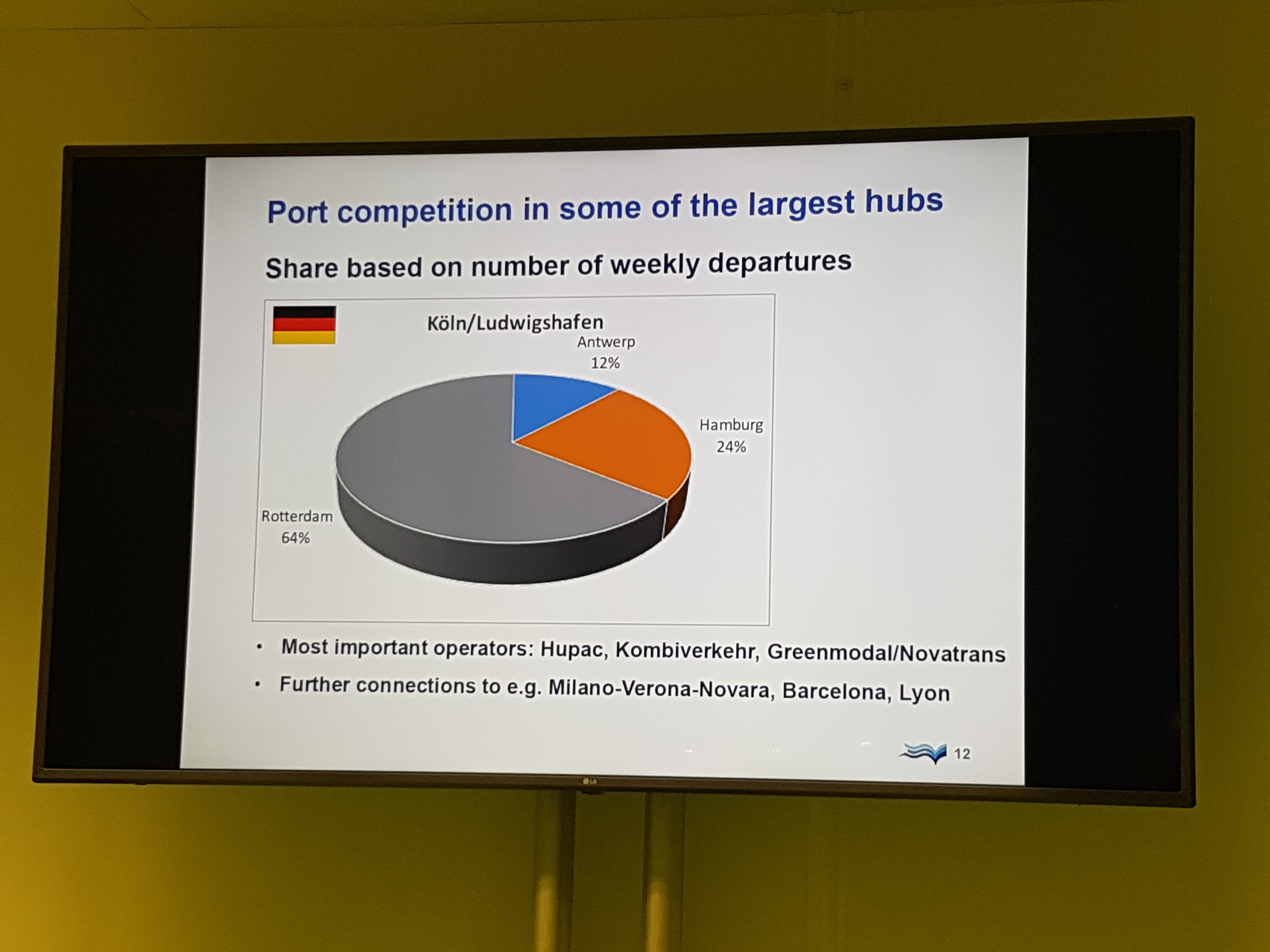 14.15: Hans-Willem Vroon gives a workshop about the benefits of 740-metre train length. “We think we can save between 5 to 10 per cent in costs for the railway undertaking”, he said.

Vroon pleads for more priority of freight in capacity allocation on the Dutch railway network. “If a freight train must wait and the siding is not long enough, we have a problem. Not only infrastructure must be improved, capacity allocation should be adjusted.”

“In China, trains on the Daqin Railway operate with a length up to 3.2 kilometres.” 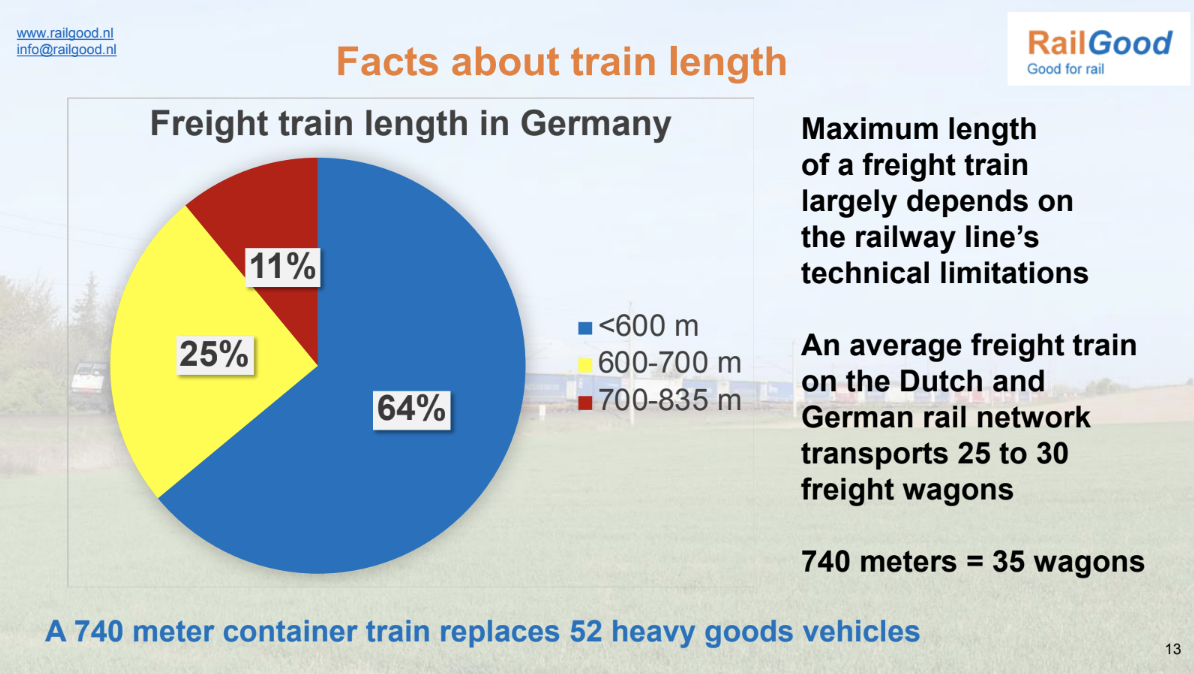 13.15: Pieter-Dirk Roeleveld of Rail Cargo provides a workshop (in Dutch) about the role of rail freight in the logistics chain.

12.15 Jasper Peen of Ricardo Rail talks about noise reduction in a workshop (in Dutch).

Libor Lochman of CER: “The goal of all of us here is to make rail the first mode of choice.”

Roger van Boxtel: “In rail we need more Europe, and less national interests. We need to connect all European capitals”, he said, while openly wondering if we are doing the right thing with the rollout of ERTMS.

Matthias Ruete, Directorate General for Mobility and Transport, European Commission counters: “ERTMS can constitute to the backbone of rail digitisation. But we have to develop policy on onboard implementation, not only ontrack implementation.” 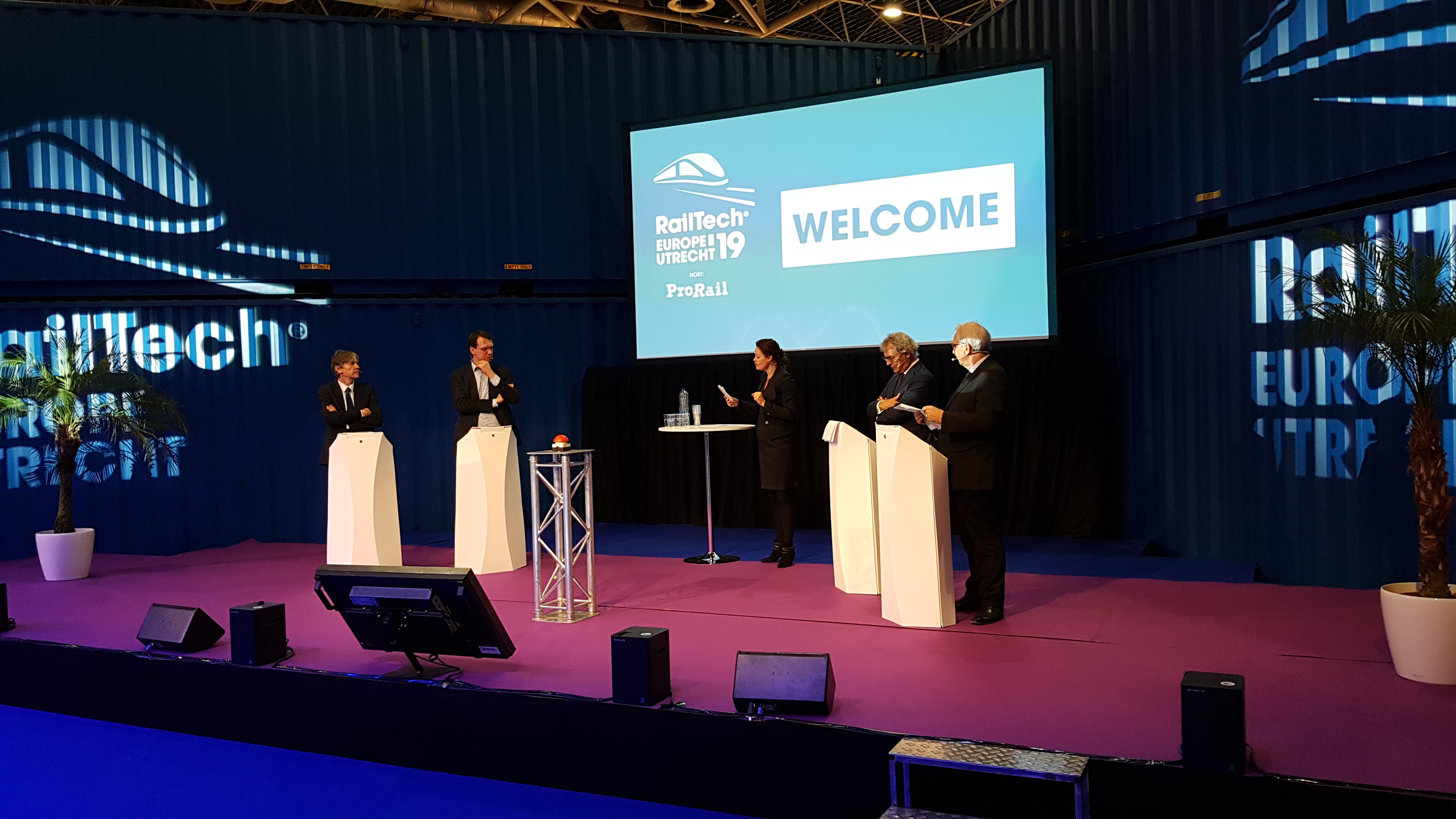 11.15: Paul van Bers and Marco van den Toorn provide a workshop about a breakthrough in container transportation by rail: the Smart Wagon or railAGV.

10.15: The first workshop of the day starts. It is about the Swiss model shift policy. René Sigrist from the Swiss Federal Office of Transport will talk about the achievements and future challenges in creating and managing capacities.

Sigrist: “The target was that within two years after the opening of the Gotthard Tunnel, the number of trucks on Swiss roads should be less than 650 thousand. We are now shortly under a million trucks, so there is still work to do.” On the positive side, Switzerland has managed to bring down the number of trucks by 650 thousand due to its modal shift policy in the last 18 years.

Three days of free workshops are lined up about topics as the first high-speed railway service for freight, the Swiss modal shift policy or railway for 740-metre trains. All topics are relevant to the rail freight sector. They are free of charge for visitors of the Freight and Terminal Forum. Once you have registered for the event, you can visit the workshop programme and sign up for the session of your choice.

On 28 March a conference takes place about terminal efficiency for rail. Moderated by Ral-Charley Schultze, Head of the UIRR, this day brings together stakeholders from the rail freight and terminal industries. Terminals and rail are intrinsically linked. Efficient terminal can improve the attractiveness of rail freight considerably. Topics to be discussed are terminal policy, time of arrival, data sharing, digitalisation and automation. You can register for this event here.

A railway company seeing the sector’s challenges as a fuel for improvement can be exceptional. Additionally, not perceiving the progress of other companies as competition but as a benefit for the rail industry is also an interesting perspective. For METRANS, this is normal since the company attempts to focus on other things like keeping its… Read more ›

The rail freight operator FELB (Far East Land Bridge) has appointed Uwe Leuschner as its new CEO. Leuschner will concentrate on the strategical alignments of FELB Group, Business Development and International Relations. He previously worked as the senior vice president, business development Eurasia at DB Cargo and has more than two decades of experience in… Read more ›