Silk Road Summit: ‘Blockchain can be a game changer for rail freight’ 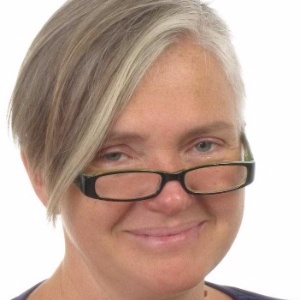 The use of blockchain technology within the rail freight sector has the potential to be a ‘game changer’ for the industry. That’s the view of Dutch logistics expert Klara Paardenkooper, a key speaker at the forthcoming inaugural RailFreight Summit in Poland.

Described by some, albeit rather simplistically, as the new internet, blockchain can be seen as a ‘system of distributed ledger’. Data is saved at numerous computers and transactions can only take place where there is consensus. This way, any unauthorised changes will be overruled.

Blockchain was first used as a financial application, but its possibilities in logistics are increasingly being recognised. It is mostly used for tracking products and making smart contracts.

It’s a system which Klara Paardenkooper knows more than most about, and she believes it could solve many of the problems in traditional rail freight logistics by ‘cutting out the middlemen’. Ultimately however, she adds, it will only work if all of the stakeholders are committed to cooperating with each other in its application. Klara will be speaking on day two of Silk Road Gateway Poland in Wroclaw, from March 20-21.

With a vast experience of the logistics supply chains, she has written extensively about the importance of rail container transport from the vital North Sea port of Rotterdam to the European hinterland. She even sparked a debate in the Dutch Parliament about the role of the strategic Betuweroute freight line linking The Netherlands and Germany. As well as lecturing in Master Logistics Management at Rotterdam Business School, Klara is also Chain Manager for Blockchain at RDM Centre of Expertise at Rotterdam University of Applied Sciences.

“Blockchain is not so much a concept, but a technical application,” she says. “It does not do much else; it logs data in a way that it cannot be changed or erased de-centrally. It is actually a very simple concept that is often explained in a very complicated way.”

Klara says blockchain is still high in the hype cycle of Gartner, a much-adopted industry barometer designed by the US technology firm. It is used to display the life cycle stages a technology goes through from conception to maturity to widespread use.

“This means it could be applied on a wide scale within five to 10 years – I see overall initiatives for Blockchain applications and some of them have been in the pilot phase or are already being implemented,” she adds.

The potential benefits it could bring to supply chain management are enormous, believes Klara: “It is definitely a game changer as it can cut out the middlemen. In logistics, there are several parties that act as a middlemen. These middlemen exist due to inefficient and non-transparent processes. Everybody complains about lack of transparency, but it exists because some parties benefit from it. If the sector became completely transparent, hundreds of companies would go bankrupt. That would benefit the consumers and the transport companies. But I have also heard that 4PL companies (those providing a ‘whole package) could offer blockchain applications as an extra value-added activity.”

So does she believe the suggestion that the more complex the supply chain, the more a blockchain application can thrive?

“Yes and no,” says Klara. “The more complex the supply chain, the more need there is for clear communication and trust. Blockchain can definitively help to achieve it, but then you first have to get the parties to cooperate, so that they set up the system, make smart contracts and regulate which party should access which information. That is the toughest part of it.”

If we accept that blockchain’s impact on supply chain management is indeed the ‘game changer’ then so it follows that the operational processes which the rail freight sector, with its complex stakeholder chains, will reap similar rewards for the industry. Billing, tracking and customs to name but three. But clearly there are barriers to overcome, as Klara explains.

“The biggest problem with rail freight transport that it has an unseasonably small share in the modal split, compared to its potential. Many companies find it that it takes too long and it is too much fuss to transport containers by rail. Furthermore the container is less supervised than when it is in the care of a ‘chauffeur’. The application of Blockchain could help solve a lot of the problems. Technology is neutral, but it has to be applied right.”

Given that Klara will be speaking at the Silk Road Gateway Summit, an event that will examine the benefits for China, Poland and all the stakeholders, does she believe a China-Europe cargo train presents the optimum environment for blockchain to thrive?

“Yes, potentially it is. But only when all of the parties are prepared to make arrangements with each other. It is all about trust and allowing the other party to benefit. This is known in supply chain literature as ‘pie sharing and pie growing’. Pie sharing does sound positive, but it is not. In that case the party is only interested in its own share. In case of pie growing, the parties cooperate to create value and they have a larger cake together.

“I think that there are also cultural barriers that first need tackling,” she says. Klara believes that ‘rent seeking’ – in economics parlance this is where an individual or company benefits financially without returning the complement – remains a challenge. “This has a disastrous effect on supply chains. Smart contracts formalise the agreements made by the parties. Blockchain itself cannot deliver this cooperation. The whole issue also has political and judicial aspects. Agreements should me made by parties from different countries. Are the smart contracts legal and binding and which law should be applied?”

Not for the first time then in the world of technological advances, it is the human factor that presents the biggest challenges to the widespread application of blockchain technology. Ensure that people are prepared to work together and you’re halfway towards the goal.

Get parties to cooperate,” says Klara. “Furthermore, Blockchain is very secure, according to the present state of technology. The information is stored in a safe way, however is the information right? Blockchain is dependent of the Internet of Things. The data that is fed to it is collected with sensors. As an analogy, you register a bag of coffee and monitor its movements. What happens if somebody replaces the coffee with drugs? You still have the information that you are transporting a bag of coffee.”

Some of the world’s biggest names – think IBM, Visa, Microsoft – are already using blockchain in operations. Indeed, it is also being increasingly utilised within the vast North American rail freight industry. But with freight rather than passenger trains very much king in the USA, that is a very different model and any comparison cannot be seen as like-for-like. This is supported by studies like the one by International trends analyst BuiltWith, which says that 80 per cent of the world’s blockchain customers are still in the USA.

In Europe it is not surprising then that many supply chain stakeholders in rail freight remain unsure about why they should be embracing it. But as logistics links with Asian rail and business partners continue to grow, that should only become easier. So while more work is still needed to project the right messages, Klara says that the direction of travel is clearly set.

“Twenty years ago you could not imagine the world with internet. Now we can not imagine it without. Try to work one day without internet. You are cut off from the world, it is like missing a limb. Blockchain is coming, whether we like it or not. It is too late to put the genie back to the bottle,” she adds.

She poses some key questions: is your company prepared for it? How blockchain-proof is your business model? Could you be pushed out of the market? Does your company have enough knowledge to keep up?

“This might not sound very reassuring, but these are the questions that companies should be asking themselves,” adds Klara. And what would her one key message be? “Blockchain does not work miracles, but you cannot overlook it anymore.”

The Polish company PKP LHS is an infrastructure and railway undertaking on its own line. “There are many advantages of working in this way. We do not face the problems that other companies face. We detect, and solve things right away”, explained Aleksandra Adamska, member of the Supervisory Board at the company.

What started with a single rail connection in Poland in 2005, has grown to a wide network of intermodal connections in Europe and beyond. PCC Intermodal is involved in some of the most popular and known services and continues to enter new markets. This year, it celebrates its 15-year anniversary.

Rail Baltica could lift 5,000 trucks from Polish-Lithuania border per day

More than 5 thousand trucks per day currently cross the border between Poland and Lithuania. Imagine of this could be shifted to rail. It is an ambition al but unrealistic, as the megaproject Rail Baltica has set its eyes on an interoperable railway network connecting Poland with the Baltic States.

To ensure the proper functioning of the RailFreight Events website, and for analysis and improvement purposes, ProMedia Group uses cookies.
In accordance with the GDPR, we are legally required to get your permission. More information